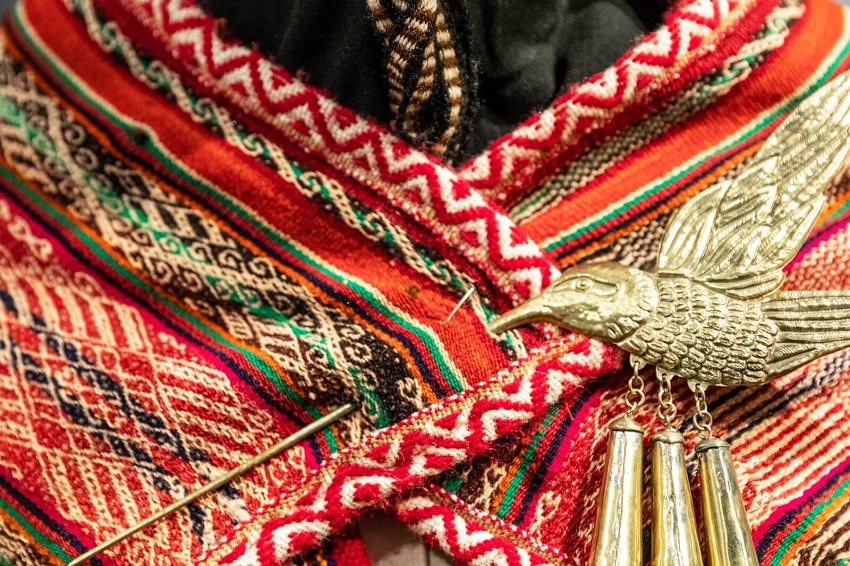 22 Oct The popularity of Asian fashion in Peru

Something that we can see as an effect of the Covid19 pandemic is that many Asian fashion trends became popular in Peru. Things like anime, manga, kpop, and drama have become part of everyday entertainment for all audiences. These productions not only have entertaining content. But also make it possible to see social perception on various topics within their countries of origin.

That is why this time we would like to talk a little about the influence and popularity of this particular style. Thus, we will take the Japanese and Korean cultures as an example, since, in our opinion, they are the ones that have created a consolidated community outside of the fans of the entertainment industry.

Korea, and the Hallyu movement

South Korea is one of the most important commercial points at the international level, which is why it has become a cultural center of great influence throughout the world. This has managed to build a national identity that encompasses all aspects of daily life, from clothing to what is seen on television.

That is why when we talk about Hallyu we refer to the great cultural expansion that the country has had worldwide in various aspects. For example, music and audiovisual productions, just to mention the most popular ones, have become emblems of national pop culture around the globe.

In the last 30 years, this musical genre has only grown in popularity. His particular style includes various genres, such as pop, hip hop, rock, R&B, among others.

But where we make special emphasis within the industry is the role that the idols. These media figures have strict rules of life and their acceptance depends on the popularity charts and the approval of their fans.

K-pop groups have varied in style over the years, and one thing that stands out about this is the influence they have on the public in terms of lifestyle. Change after the change is setting trends, which not only influences how South Koreans perceive themselves on a day-to-day basis but also affects economic relations, by influencing different Western brands that seek to penetrate the South Korean market. This leads to these groups being used as a medium to be ambassadors for their products.

But how does K-pop become one of the most successful and influential industries within popular culture? You see, this is usually attributed to the inclusive discourse that is propagated in its early days. In this, he defended a varied style and the ability to break with the rules. This image of rebellion within a society full of traditions was quite striking, especially for young audiences.

Over the years, idols became role models for many. This today has transformed them into perfect images that are impossible to imitate in front of the public, since the aesthetic canons demanded from the agencies are usually very specific in the visual and striking aspect, demanding an impeccable image from the artists.

The doramas or k-dramas 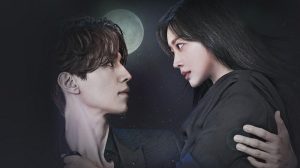 The word drama refers to any television production starring actors from the Asian continent. To make a distinction between regions there are variations like K-dramas or J-dramas.

One of the characteristics of these programs is the high quality they contain in every aspect. Its producers invest large amounts of money in making every factor of interest to the public pleasant, ranging from the costumes to the development environment. Thus, the audiovisual effects with which they produce are of high quality.

Like the world of K-pop, its artists often set trends on the public. To tell the truth, depending on the popularity of the singers, they usually participate in dramas, in addition to performing in various aspects of media culture. So it is not uncommon for an idol to evolve into a future acting career.

The Asian boom in fashion

From the aforementioned, it is possible to see that South Korean artists tend to continually reinvent themselves by posing very marked personal images and characteristic looks to attract the public.

On this we can identify two quite popular trends:

The girl crush seeks the balance between the image of a tender and sexy woman. She is considered a disruptive figure for contradicting the social role attributed to women in Korean society since she seeks to give an image of empowerment and independence. Some recognized bands that keep a badge of this style are 2NE1, GirlGeneration or BlackPink.

Here elements of Korean feminine and urban fashion are mixed, although each group adopts certain elements according to the musical style they handle. But the basic thing to understand is that the garments frame the body.

Some elements that we can recognize as characteristics when adopting this look is that the upper part avoids showing any type of neckline or nakedness on the shoulders since it is frowned upon on a social level. The lower body can wear miniskirts or very short shorts since there is no stigma in showing the legs. As ideal accessories, it is very common to use chains, corsets, harnesses, and boots above the knee with very high platforms.

A few days after Seoul Fashion Week, the streetwear that characterizes Korea is simply stunning. Seen as a symbol of freedom, it is worn as a badge by young people to express their own individuality.

We could say that this style is highly influenced by international trends, however, it does not follow the same standards of use that the West can maintain. The mix of garments and varied accessories make these outfits an innovation.

Leather clothing, logos of recognized brands, oversize garments, sportswear, formal wear, and darts, can be used in the same outfit without breaking the harmony. But why? Our hypothesis is that the variety within the models and the harmony of the colors achieve an image that is quite pleasing to the eye.

Japan, the land of innovation

The history that precedes the construction of this ancient island is full of myths and complex characters. For this reason, they have inspired many aspects of the modern culture on which their society is based.

The importance of values ​​such as honor and neatness make every aspect of their daily lives governed by the parameters of excellence. But as we know, fashion sees beyond the perfect. So, if we talk about style within the streets of Japan, we see a world influenced by many subcultures that break with the established from the West.

One of the most recognized products worldwide that originate from this island is anime and manga. In their contents, they can offer various scenarios that portray both the daily life in Japan. As well as the beliefs on various pre-existing topics. This reaches, thus, to influence within its consumers and become one of the main sources of inspiration for various articles worldwide.

Anime and Manga as Cultural Influences

In a life surrounded by demands, an escape from reality is always welcome. Anime and manga in their various presentations are full of exciting stories and complex characters. So many times they have served as an inspiration to develop a variety of products or create different trends.

An example of this resides in anime like Sailor Moon and manga like NANA. Which have inspired multiple clothing collections for their particular character styles.

One aspect on which we would like to place special emphasis is on the subcultures present within Japanese society. These, in our opinion, are closely related to the presentation of certain characters in anime and in turn, reflect various trends established globally adapted to the perception of fashion in the country of the rising sun. 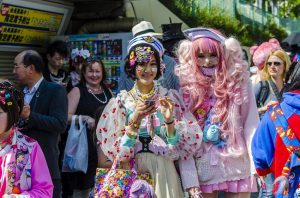 Between the Harajuku train subway station and Omotesando, there is an area called Harajuku. This territorial delimitation is characterized by being full of particular characters full of color and variety.

Harajuku Style is an urban fashion characterized by the free expressiveness and independence of dressing according to individual taste. Here the “bizarre” is not out of the norm, and its diverse styles are characterized by the alternative use of a multiplicity of garments under no stigma.

There are several ways to adopt this trend, however, it is easier to catalog preferences in subcultures. Here we will mention the most popular:

This style had a great influence from the Victorian era. Her dresses have a design full of ribbons and many ruffles, giving a pretty sweet image at first glance. However, at the same time, they can be influenced by other trends, such as the Gothic style. In the latter, instead of using pastel shades, the dresses use dark colors.

In the West, punk means breaking with all established parameters. But within Harajuku, punk clothing reflects personal taste beyond the social revolution. Its wearers are characterized by the use of chains, leather garments, and body piercings.

Cosplay is very common in Japanese culture. However, it is not socially accepted unless it is within certain spaces, such as conferences or events. In Harajuku, however, wanting to dress up as your favorite anime, manga, or video game character does not represent any stigma.

In this trend, strident is the norm. Influenced by Japanese rock groups, her style highlights makeup and dark colors. But the key to maintaining it lies in the hair since its colors and styles must give an image of rebellion and debauchery.

Translated as “cute”, Kawai is anything that is considered beautiful to look at. Its main objective is to highlight the beauty, so its looks are usually quite childish. They are full of pastel tones and can be used as accessories for children’s toys.

Although in this section we have only explained a few of the innumerable urban tribes present within Harajuku Style. Something that they all have as a common factor is the freedom of use without prejudice. This is something that excites us and confirms our perception of fashion. As a tool to reach a world beyond social parameters. The most interesting thing is to see how Asian fashion is brought to Peru. 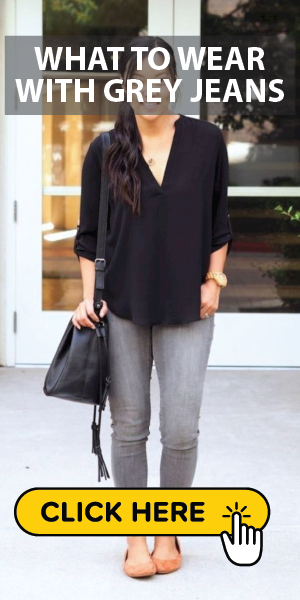 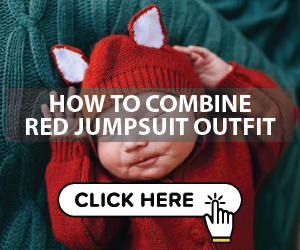 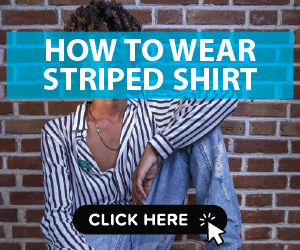